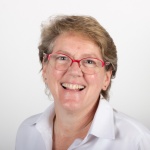 Podcast: The Tasmanian crime of gay sex
5 May 2020

Professor Paula Gerber was a panelist in ABC National Radio’s podcast: Section 71: The Tasmanian crime of gay sex. This was the first of a series of podcasts on High Court cases that changed Australia. It revisited the events leading up to the High Court’s decision in Croome v Tasmania [1997] HCA 5, where provisions of Tasmania’s Criminal Code that made gay sex an offence were found to be invalid on the basis of inconsistency with Commonwealth human rights laws.

The Eastern Caribbean Alliance for Diversity and Equality (ECADE) has announced it is launching legal action to challenge the validity of anti-gay laws in Antigua and Barbuda, Barbados, Grenada, Saint Kitts and Nevis, and Saint Lucia.

The five separate proceedings will question the constitutional validity of buggery and indecency offences in the Caribbean countries, all of which are remnants of colonial rule. It is being argued that the laws violate fundamental human rights, “including the right to equality, privacy, freedom of expression, personal liberty, non-discrimination and protection against inhuman and degrading treatment”.

All five cases are expected to be filed by the end of 2019.

An LGBT activist has commenced legal proceedings to challenge the constitutional validity of section 250 of the Mauritian Penal Code.

Abdool Ridwan Firaas Ah Seek filed a case in the Mauritian Supreme Court on 25 October 2019, arguing that section 250 violates the fundamental human rights guaranteed under the Constitution of Mauritius. The court is being asked to declare that the provision infringes upon the constitutional rights of equality, privacy, freedom of expression, personal liberty, non-discrimination and protection against inhuman and degrading treatment.

Under section 250, which is a legacy of the African nation’s colonial history, sodomy is currently punishable by up to five years imprisonment.

Mr Ah Seek’s legal challenge is supported by the Collectif Arc-en-Ciel (CAEC), an LGBT group that is advocating for the decriminalisation of homosexuality and protection against hate speech.

The parliament of Bhutan has repealed two sections of the kingdom’s criminal code that made “unnatural sex” illegal. Under sections 213 and 214, sodomy and “sexual conduct that is against the order of nature” were petty misdemeanor offences punishable by one year imprisonment.

Bhutan’s Finance Minister, Namgay Tshering, said that the two sections had become a stain on the country’s reputation and that the “high degree of acceptability of the LGBT community in our society” made the offences redundant.

Colonial-era laws that made gay sex a crime punishable by seven years of imprisonment have been unanimously struck down by the High Court of Botswana for violating privacy rights.

The three judges in a joint judgement ruled that “[i]t is not the business of the law to regulate the private behaviour of two consenting adults”. The anti-gay laws were also held to be discriminatory and in violation of Botswana’s Constitution.

In a landmark ruling, India’s highest court has struck out a legislative ban on gay sex.

The Supreme Court of India decided unanimously that s 377 of the Indian Penal Code was unconstitutional, so far as it criminalised sexual relations between homosexuals. Section 377 specifically made “carnal intercourse against the order of nature with any man, woman or animal” punishable by life imprisonment.

Laws that criminalised consensual same-sex intimacy in Trinidad and Tobago have been ruled as unconstitutional by the country’s High Court of Justice.

The Supreme Court of Belize has ruled that section 53 of the country’s Criminal Code is unconstitutional to the extent that it criminalises homosexuality. Under section 53, a person faced imprisonment for ten years if they had “carnal intercourse against the order of nature with any person”.

In addition to declaring the law as unconstitutional, the Supreme Court ordered the addition of an extra sentence to section 53 to clarify that the section does not apply to “consensual sexual acts between adults in private”.

Nauru has repealed its Criminal Code 1899, leaving behind archaic laws that punished homosexuality.

The country has introduced a new Crimes Act 2016 which, unlike its predecessor, does not contain any provisions that seek to criminalise homosexuality.

According to the Nauru Government’s Bulletin (27 May 2016), the new laws remove “punishments inconsistent with international human rights standards” and laws that are “out of touch with our sense of justice”.

This leaves seven countries in the Pacific/Oceanic region that still criminalise homosexuality.

Interestingly, none of the members of the Seychelles’ National Assembly voted against the Bill, although half of the 28 members present on the day abstained from voting.

There are still 32 countries in Africa that continue to criminalise homosexuality.

Homosexuality no longer remains a crime in Mozambique following the replacement of the country’s Penal Code in July 2014. A paragraph in the 1887 Penal Code had referred to homosexuality as a “crime of nature”. This reference no longer appears in the new Code, resulting in the decriminalisation of homosexuality.

Palau has reformed its criminal laws to decriminalise homosexuality. The reforms, which took effect in July 2014, were welcomed by Kaleidoscope Australia.

“This is wonderful news – giving a much need impetus to the process for reform in the Pacific,” Kaleidoscope Australia President Dr Paula Gerber said.

The ongoing criminalisation of homosexuality within the Commonwealth
23 July 2014

The Alternative Law Journal recently published an article authored by Dr Gerber in which she highlights the large number of countries within the Commonwealth that continue treat homosexuality as a crime. In her paper, Dr Gerberanalyses the capacity of the Commonwealth to play a meaningful role in reform in this area, given that over 80% of members criminalise consensual same-sex sexual conduct between adults. She concludes that the UN and civil society may provide better avenuces for effecting change.

Living a Life of crime – The ongoing criminalisation of homosexuality within the Commonwealth, as published on the Alternative Law Journal, can be accessed here.

The Guardian has also published an opinion piece authored by Dr Gerber, where she questions whether Australia should continue to be a member of the Commonwealth Nations.

Why the Pacific Islands are no gay paradise
12 May 2014

Gay Star News has published an opinion piece written by Dr Gerber where she shines a light on LGBTI issues in the Pacific region. In this article, Dr Gerber explores some of the nine Pacific Island nations that still criminalise homosexuality, and highlights the two countries that have shown leadership in the area.

Should the west be held accountable for gay persecution?
8 April 2014

The Conversation has published an opinion piece authored by Dr Paula Gerber regarding the influence of western countries over the treatment of LGBTI people in African and Asian nations. In this article, Dr Gerber argues that the western world has contributed towards the persecution of LGBTI people in countries such as Uganda and Nigeria. In particular, Dr Gerber argues that such countries have been influenced by anti-gay Christians that have unsuccessfully campaigned in western countries. Additionally, western nations have provoked these developing countries with their expressions of power and threats of diminished relations.

Former High Court Judge, the Hon. Michael Kirby AC CMG, delivered six lectures on LGBTI rights at the University of Calcutta in December 2013. The lectures, delivered as part of the 2013 Tagore Lectures, focused on the theme of sexual orientation and gender identity as a new province of law for India.

The six lectures can be accessed below:

The Drum has published an opinion piece authored by Dr Paula Gerber in the wake of the Ugandan President’s decision to sign an anti-gay Bill into law (despite previously opposing it). In this article, Dr Gerber explores the actions Australia could take against Uganda’s oppression of homosexuals.

A Columbia University study has found that lesbian, gay and bisexual (LGB) people living in prejudicial American communities are more likely to commit suicide or die as a result of violence or stress induced deaths. The researchers reported that LGB persons living in more accepting communities in the United States outlive those living in hostile communities by 12 years.

Homosexuals committed suicide at an average age of 37.5 in anti-gay areas, compared to an average age of 55.7 for gays living elsewhere in the country. Cardiovascular diseases accounted for 25% of deaths in places that were less tolerant of gays, while only representing 18.6% of deaths in less prejudicial areas. Additionally, homicide was three times more likely in less accepting communities, the study found.

The official statement from the Columbia University researchers is available here.

The Kaleidoscope Human Rights Foundation, with the assistance of DLA Piper and Nepalese LGBTI Advocacy Groups, has published its Shadow Report to the UN Human Rights Committee regarding Nepal’s protection of the Rights of LGBTI Persons.

The report aims to “inform the UN Human Rights Committee of areas where Nepal is failing to comply with its obligations under the ICCPR to respect the human rights of LGBTI individuals.”

The Bulgarian Parliament has rejected proposed amendments to the Bulgarian Penal Code, which would have punished “public manifestations of homosexuality” with imprisonment and hefty fines.

The unsuccessful Bill had reportedly purported to impose a five year jail term and fines between 5,000 and 10,000 leva for persons who “publicly manifests his or others’ homosexual orientation or identity through an organisation or participation in rallies, processions and parades or through the mass media and the internet”.

Europe is now free of anti-gay laws, following the decriminalisation of homosexuality in Northern Cyprus.

The President of Northern Cyprus is yet to endorse the amendment to existing laws; however he is expected to support the move.

The Ugandan President has refused to sign off a Bill that would have made “aggravated homosexuality” punishable by life imprisonment.

The Bill, passed by the Ugandan Parliament in December 2013, proposed to introduce a new offence for “aggravated homosexuality”. This offence would have targeted repeat offenders. Failure to report gays would also have been considered a crime if the laws had been enacted successfully.

President Yoweri Museveni claimed that there were better ways of dealing with “abnormal people”.

The new Same-Sex Marriage Prohibition Act, quietly signed into law by Nigerian President Goodluck Jonathan, prohibits same-sex civil unions. Anyone who enters into a same-sex civil union can be imprisoned for 14 years. The public show of affection between homosexual couples is also prohibited under the new Act.

Anyone who registers or participates in gay clubs, societies, organisations, processions or meetings in Nigeria will also commit an offence, punishable by imprisonment for 10 years.

On 11 December 2013, the Supreme Court of India overturned an earlier decision of the Delhi High Court, making homosexuality illegal again after a four-year period.

The Delhi High Court had declared in 2009 that Section 377 of the Indian Penal Code, which makes homosexuality an offence, was invalid. However, upon appeal, the Supreme Court ruled that Section 377 was valid and it was up to the parliament to determine whether or not homosexuality should to be decriminalised.